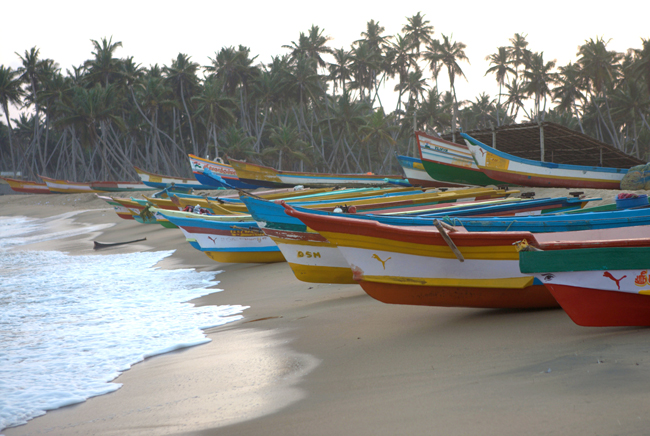 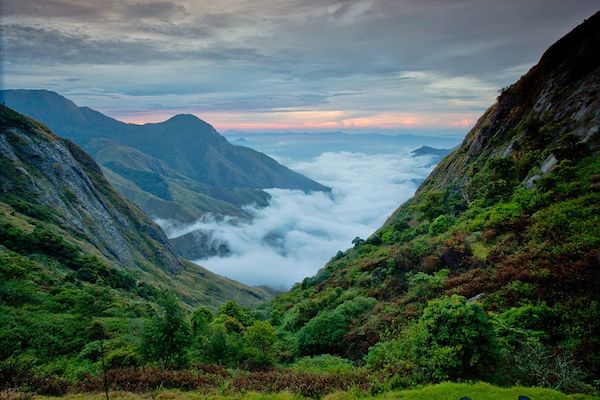 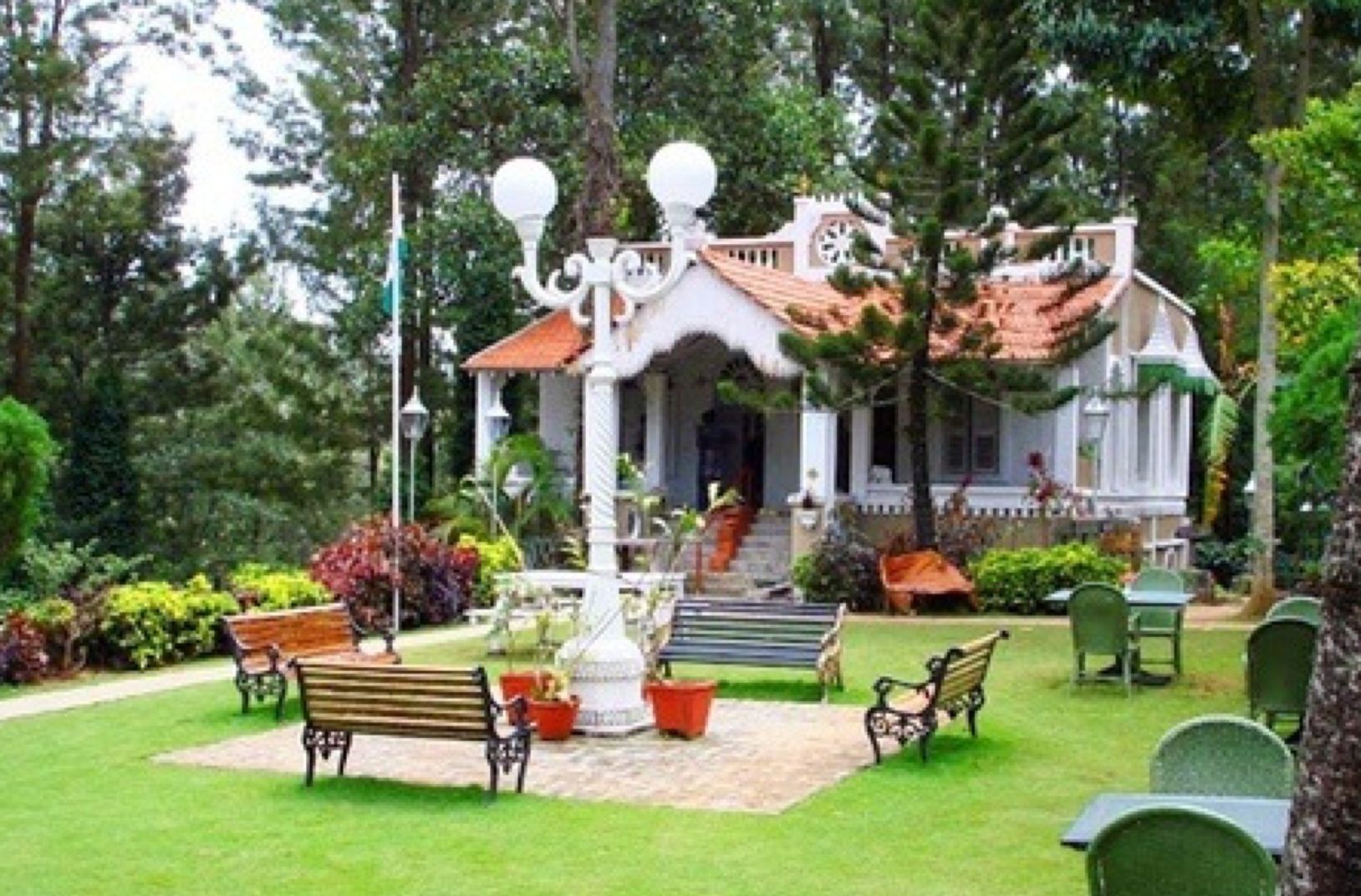 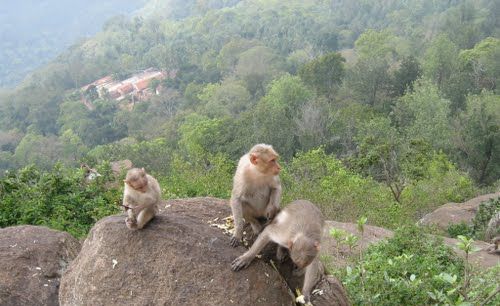 Not up for Yoga? No Problem! Join Us Anyway!

Non yoga package available with plenty of activities for you to choose from. 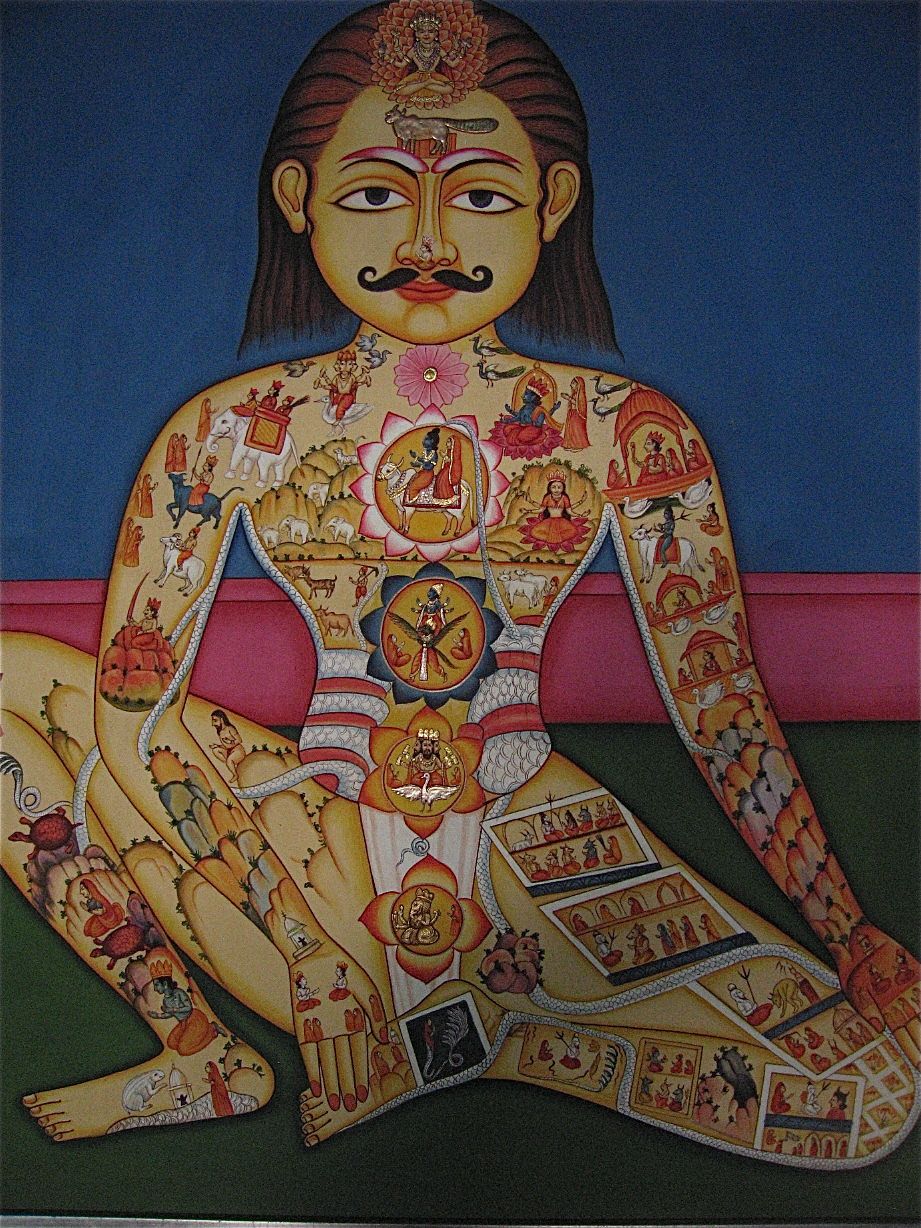 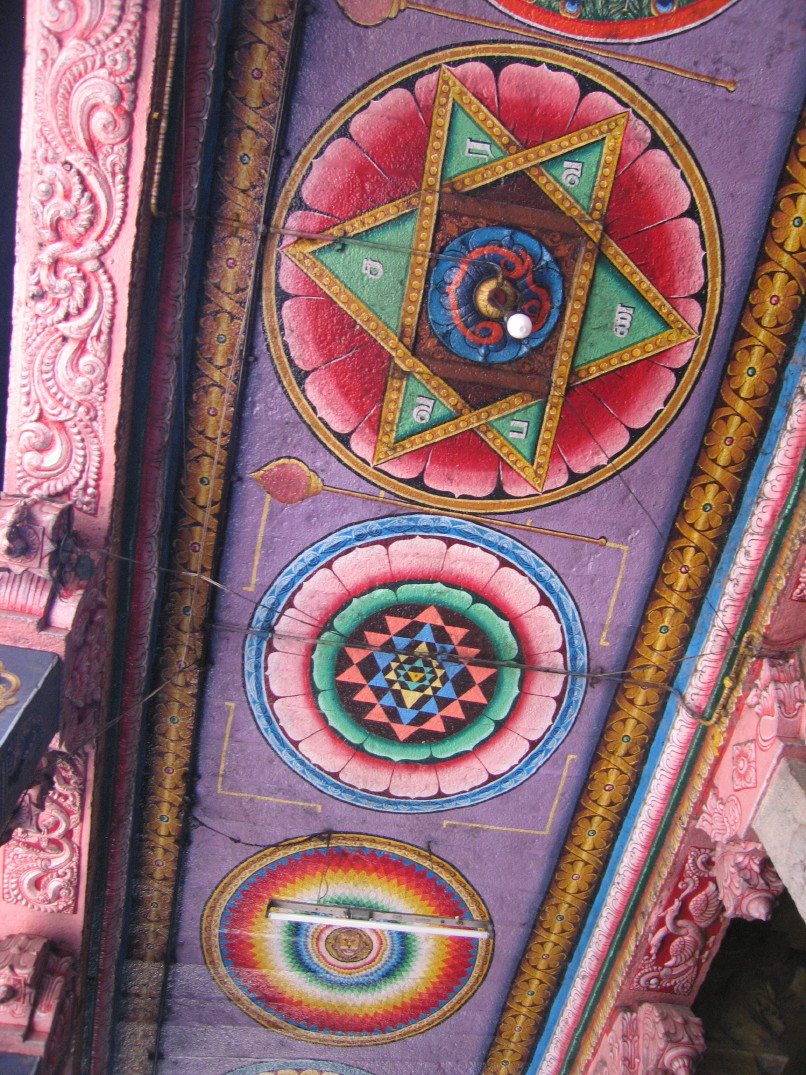 We have a very experienced international travel team helping us to help you! 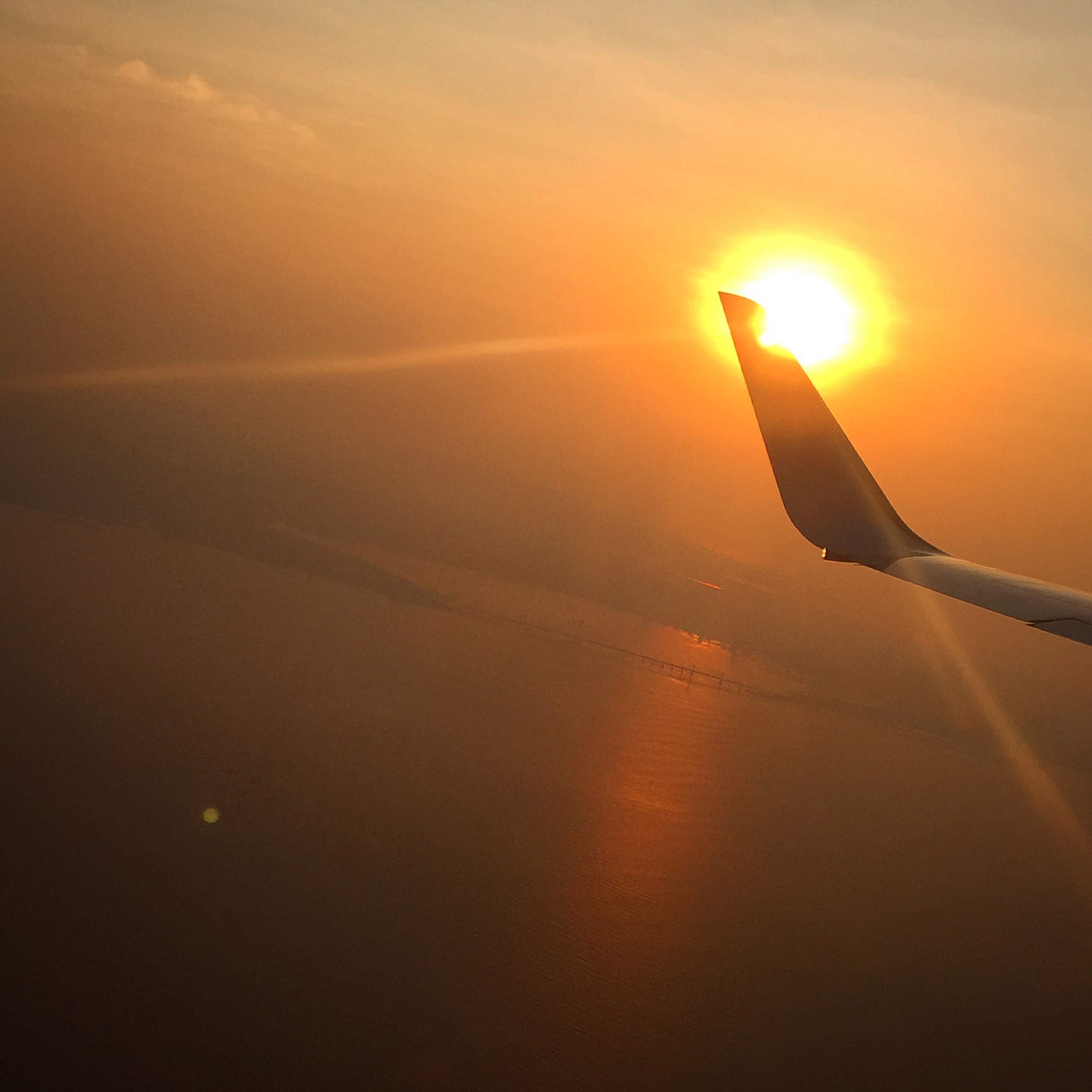 Flights are not included 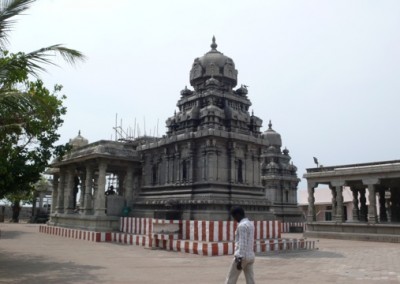 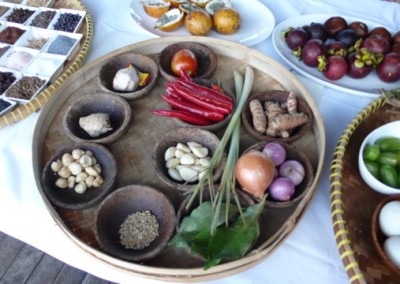 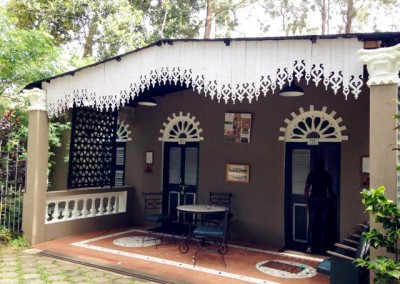 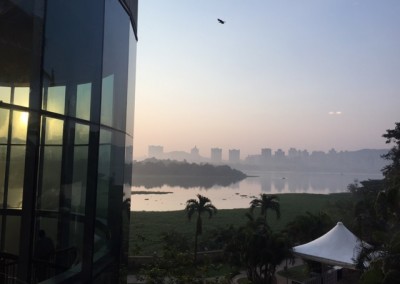 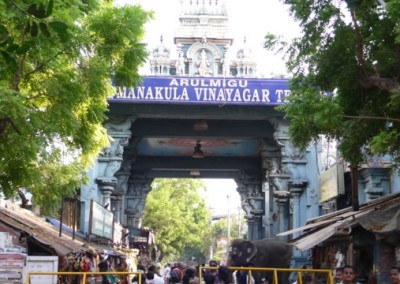 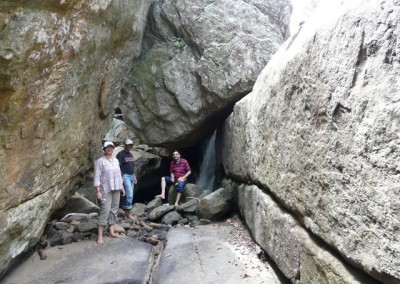 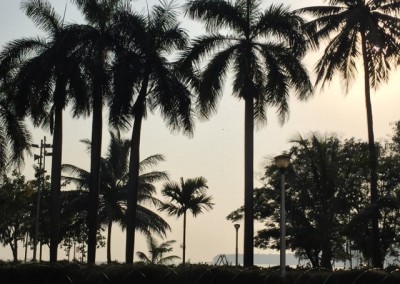 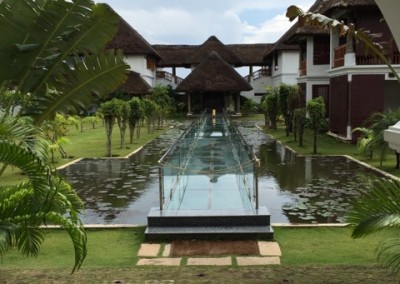 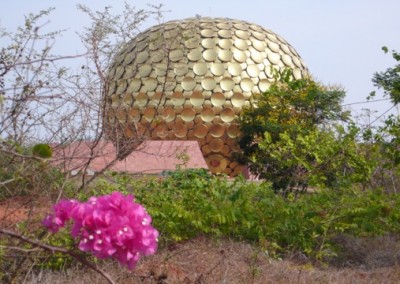 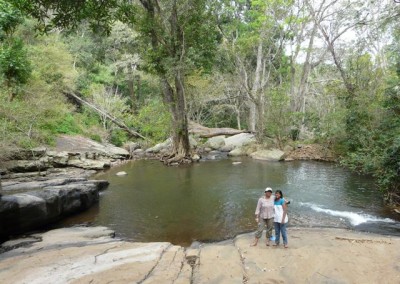 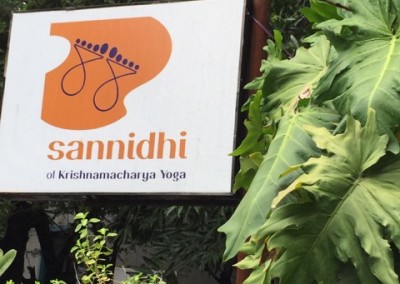 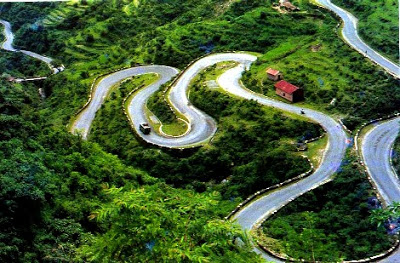 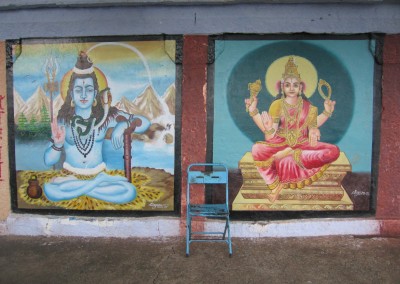 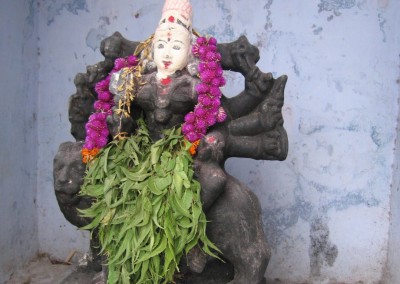 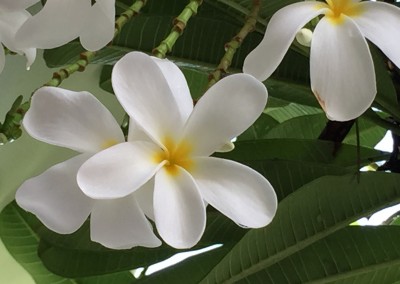 Dr. Gita Arjun retired in 2013 after 32 years as the Director and Obstetrician & Gynecologist at E.V.Kalyani Medical Centre, Chennai, India, which has celebrated its 65th year as an institution dedicated to women’s health.

Soon after completing her training in obstetrics and gynecology, Dr. Gita Arjun and her husband, Dr Arjun Rajagopalan, chose to return to India so they could share the knowledge they had access to, during their studies in the USA.

Always interested in women’s health issues, she has focused on promoting women’s awareness of health and wellness. She started the “Passport to Health” program to inspire women to pay attention to their health. The program stresses the maintenance of good health and a healthy lifestyle by providing an individualized “Health Horoscope” for each woman who takes part in the program.

She wrote a column on women’s health issues called ‘Women and Wellness’ in a leading English newspaper for more than 7 years. She currently writes a women’s health column for Just for Women, an English monthly.

She has written The Passport to a Healthy Pregnancy to fill the lacuna in India of a pregnancy book written by an Indian obstetrician for Indian women. The Tamil translation was released in February 2014.

She has also collaborated with Sri Tatwamasi Dixit, founder of the Ojas Foundation, a global Vedic health movement that advocates the Vedic path to healthy living. The Foundation has released many CDs of Vedic chanting, including “Ojas for the Expectant Mother”. Hailed as the “CD for every expectant mother”, it consists of specific mantras sifted from the Vedas that are believed to impact on the unborn child at the physical, psychological, emotional, and spiritual levels.

She is married to Dr Arjun Rajagopalan, Trustee, Medical Director and Head of the Department of Surgery, Sundaram Medical Foundation, Chennai. Her son, Ashvin, is a jewellery designer who is also an art promoter in Chennai, running Ashvita Art Objects and Artifacts and two popular restaurants. Kavita, her daughter, has majored in International Studies at UNC- Chapel Hill, USA and has a Masters in International Education Policy from Harvard. She is currently working for an NGO (Vilgrow). Sruti, her daughter-in-law is a film maker.

Medical Director & Trustee at Sundaram Medical Foundation June 1994 – Present (21 years) Sundaram Medical Foundation is 180-bed, not for profit, full service, teaching hospital located in Annanagar, Chennai, India that aims to fulfil a three-fold goal: quality care that is cost- conscious and focused on the secondary care needs of the community. I have been associated with Sundaram Medical Foundation as the Medical Director since its inception and opening to the public in 1994. Fully supported through donations from the well-known Sundaram Finance Group of companies, the hospital was envisioned by its late founder, Dr S Rangarajan, to be a model of health-care delivery that is appropriate to the needs of middle-class, urban Indians. It provides economies in care by virtue of its complete lack of loans and debt. All capital expenditures are met by donations to the Trust from the donor companies. Medical Technology used at SMF is carefully screened for cost-effectiveness before purchase. The use of tests and the recommendations for procedures and interventions are overseen and guided by a range of in-house, QA and audit processes. As a result, the cost structures at SMF are significantly lower than comparable institutions while the quality of care delivered is of the highest standards. SMF is staffed by highly trained professionals and support personnel. At the present time, it has about 120 doctors and 750 other staff members. SMF is a post-graduate teaching hospital that is approved for training in 9 disciplines by the National Board of Examinations and has over 40 trainees in various disciplines. It is accredited by several organizations and processes: the ISO 9001-2008, ISO/IEC 27001-2005 for information systems security, the NABL for its laboratory standards, and has completed all requirements for certification by the NABH. All activities, medical and administrative, are supported by an extensive IT backbone that is unique. 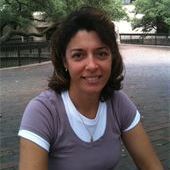 Roseangela “Rose” Silva E500RYT, 500PYT, LMT is Founder/Director of Nurture Soul Yoga Therapy Teacher Training and originally from Brazil. She moved to Houston in 2006 where she expanded her path of Yoga, Healing, Reiki and Massage Therapy. Rose received her 500 Hour Professional Yoga Therapist (PYT) certification through Joseph and Lillian Le Page. She has studied extensively at Kripalu and and with many masters, such as Dr. Vasant Lad and has certifications from leading educators, including Amy Wientraub (Yoga for Depression and Anxiety) Judith Lasater (Relax & Renew) and is a member of Texas Yoga Association and International Yoga Association of Yoga Therapists (IAYT). Rose is sought out for her extensive knowledge and compassionate presence that uplifts, educates and enlightens many.

Bridget Shields, RYT500 is new to Houston, TX where she teaches Monday nights “Gentle Essentials” at Heights School of Yoga and is part of the Nurture Soul Therapeutics Teacher Training Program. She had been teaching in New York City both privately and in premiere NYC studios for over 14 years including serving as the Yoga Director for Oasis Day Spas, taught at BeYoga, Yogaworks, Reflections Center for Conscious Living, Brooklyn YogaLab, and Devotion.

She has extensive continuing education both in US and India. She has worked with executives, physicians, scientists, fashionistas, celebrities, educators, teens, children, and helps those in recovery from immune-support conditions and cancer patients. Her vast knowledge and experience in classical Yoga, Ayurveda, Meditation, and Pranayama are unique and specialized for the individual. Bridget is a member of the International Association of Yoga Therapists (IAYT). She has completed her holistic health certification from Institute for Integrative Nutrition and leads workshops and retreats locally and internationally. She is in demand for her therapeutic style and extensive knowledge of Yoga, Ayurveda and well-being. Her background includes working with a Non-profit 501c3, Fine Art Management in galleries and Private Collections and she holds her Masters in Fine Art.

Mrs. Desikachar and has been practicing Yoga and Vedic Chanting for over four decades. She is one of the senior students in the lineage of T. Krishnamacharya and TKV Desikachar and an authority in the field of Vedic Chanting. Her husband TKV Desikachar has founded the first yoga therapy clinic in India in 1976 and Menaka has conducted numerous yoga therapy sessions ever since. In 2012 she has cofounded the Sannidhi of Krishnamacharya Yoga in Chennai (www.sky-yoga.net), an organization that strives to pass on the authentic teachings of Yoga in the tradition of T. Krishnamcharya and TKV Desikachar.

Meesha is a nationally recognized restaurant critic and local food expert featured regularly in the media and on conference panels with a deep knowledge of the nation’s top chefs and food influencers. She is a tech-savvy, multimedia leader with over 25 years of project management and communications experience for both traditional and digital media with deep connections on the food and media landscape.

She has been the local editor of Zagat Survey Restaurant Guide for 16 years, and has over 20 years of editorial, publishing and project management experience in traditional and digital media channels (online, social, mobile, video). She’s built and oversaw editorial teams and developed content strategies for the food, beverage and lifestyle industries and worked for start-ups, non-profits and top companies including Microsoft, Harper Collins, Zagat and Google.

Meesha is the author of two cookbooks, The Balsamic Vinegar Cookbook and Savoring the Wine Country, and over 18 restaurant/travel guides including Zagat Survey Bay Area Restaurant Guide and San Francisco Sidewalk Offline Guide. She also worked as an editor for Harper Collins, where she built a competitive cookbook program including several James Beard and Julia Child Cookbook awards for titles in The Beautiful Cookbook and Country Garden Cookbook series.

Currently, she heads up the San Francisco social media strategy for Tastemade, an international video network built for the mobile generation that connects Tastemakers around the world, giving them a online platform for discovering and sharing their passion for great food and travel. Her food and travel videos reach over 25 million people monthly via smartphones and connected TVS such as Apple TV.

A trained chef and graduate of the California Culinary Academy in San Francisco, Meesha has worked at many acclaimed San Francisco restaurants and lead cooking classes for adults and children at the San Francisco Cooking School, 18 Reasons, Food Matters and The Girl Scouts of America.

She has also traveled extensively throughout the U.S., Europe, Latin America, the Middle East and India, and loves connecting with people and their culture through the lens of local foodways. Her passion is to lead meaningful conversation about food, and to harness the power of technology to improve the public’s access, understanding and pleasure of it.

Meesha’s work has also been featured in:

TKVD: Many youngsters in India are disillusioned with what we have to offer in this country and the general drift is westwards- to the land of opportunities! And then, we have people like you, who were doing so well professionally in the US, who have chosen to come back. You could have done anything there. But you came back. What inspired this decision? Dr. GA: For us, our choices were very clear. Having ourselves grown up in close knit families, my husband and I were absolutely determined that the children would grow up with the culture of a close family- the roots, the love and the affection which is part of growing up in India. Click here to read the full interview

Intelligent, ar­ticulate, dedicated, sensitive and fun-loving—several similar facets spiced with differences make each one unique. They both believe in individu­ality and togetherness, commitment and harmony. She moves headlong into the interview with her dynamic enthusiasm, while he remains reticent in the beginning; once the ice is bro­ken, you can see that here is indeed a couple who breathe new life into the term ‘soulmates’. Click here to read the full article

“The swishing of the waves on the seashore has a strange fascination for people. Have you met anyone who’s not fascinated by the music of the waves? That’s because it reminds us of the primordial world of prenatal existence inside the mother,” remarks Dr Gita Arjun (50), Chennai-based obstetrician and gynaecologist, startling me with her extrapolation. Perhaps it is this rare ability to juxtapose apparent paradoxes and seeming contradictions into harmonious wholes that have led Dr. Gita Arjun venture into new frontiers of exploration and journey in contemporary obstetric care. Click here for more info

"your outer journey may contain a million steps; your inner journey only has one: the step you are taking right now"